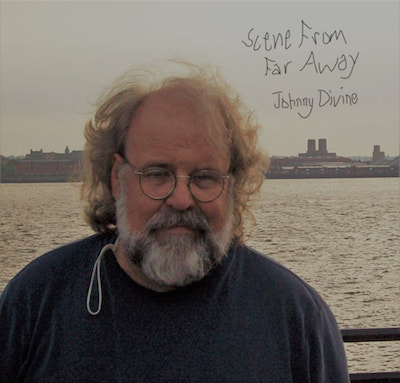 Alright, here goes. Johnny dropped this CD off to me several weeks ago and I was sure glad to get it. I was in attendance the night he played his album release show at 9th Street Studios and had no idea he was such a songwriter and performer. I had always heard about Johhny Divine and his recording studio, Outback Studios, and mostly only thought of him in that context. Although I had caught him playing bass in Daddy-O years ago, and covering keys and bass at Texas Nite Life with Race. After Johnny left I immediately put the CD on and listened to it at least 5 times in a row. The quality of the recording is great. So is the musicianship. The mix is clean and loud and radio ready. On the first track, "I Was Searching For You", that's Johnny playing guitars and bass. I really had no idea he could play guitar like that. Matter of fact, Johnny played most of the instruments on this album. He wrote most of the songs too-- either writing or co-writing seven of the ten. The co-writes include "Lonesome Lone Star Blues", by Johnny and "The Ambassador Of Texas Music" Gary P. Nunn, and "Watermelon Money" by Johnny, drummer Jeff Ayers (Country Class, Steven Jacob Band, Texas Knights, to name a few), and the late Jimi Divine (Johnny's son, who the album was released in memory of). Speaking of Jimi, I really thought that was Jimi playing lead on "There's a Light Stays On" but it was Johnny (so that's where Jimi got it). My personal favorites are "I Was Searching For You", "Beautiful Girl" (I love that mix and production, especially the acoustic guitar and strings), "Spokane Motel Blues", a Tom T. Hall song, "Lonesome Lone Star Blues" and "This Old Six String". "This Old Six String" is timeless, the mix, the production, the arrangement, the story, all of it. I'm listening to it again as I write this. "I've been running since I turned sixteen, trying to make a living on this old six-string..." Great album by a Wichita Falls music Icon. You can order it here.